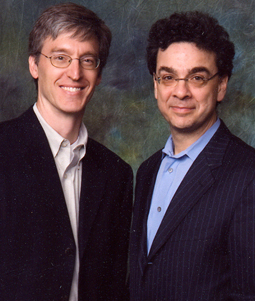 The problem with non-fiction books is that they inevitably become outdated one day.

No, not even your most basic Math 101 textbooks can withstand the test of time, and are usually swept off the shelves within a few years of publication, woefully lost to some newer, shinier edition with a sleeker cover.

However, there are exceptions. Although it was published in 2005, Freakonomics is no less intriguing than it was 7 and a half years ago (not that I read it then). Somehow the simplicity of its language and the out-of-the-box way of thinking reminds me of Outliers, or The Tipping Point, or any of Malcolm Gladwell’s enlightening publications. Funny fact- one lies in the realm of Psychology and the other in Economics- and yet the research and results are quite similar. We often think of businessmen sitting at desks dealing with numbers and churning out more numbers, or of bespectacled scientists looking concernedly at their patients when it comes to these two professions- but the truth of it is that they rely on the same thing- human behavior.

And that really is what defines our world, isn’t it?

It was no surprise, then, when I reached the back page and found a comment by Malcolm Gladwell on the back of the book:

Steven Levitt has the most interesting mind in America and reading Freakonomics is like going for a leisurely walk with him on a sunny summer day as he waves his fingers in the air and turns everything you once thought to be true inside out. Prepare to be dazzled.

Astounding, isn’t it, how much I’ve forgotten in a mere one and a half years? I’ve been so immersed in my maths and literature, I’ve completely neglected the career path I had previously been so set on, so convinced of- remember those days in Grade 8 where I shuffled around with a hefty Principles of Economics book in my arms? Economics, henceforth, had taken a back seat- but for whatever reason that I opted to do Higher Economics next year, it can no longer remain so.

To think that Freakonomics represents even a fraction of what I’ll be studying would be deluding myself. But I suppose reading the book was a way of inspiring myself- and to convince myself that I had made the right choice.

At any rate, it doesn’t quite matter.

Go read this book if you haven’t, albeit 7 and a half years late.

3 thoughts on “Freakonomics, by Steven D. Levitt and Stephen J.Dubner”